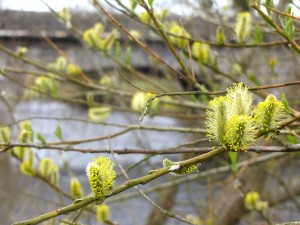 The Clane Liffeyside Nature Park is a wilderness by the River Liffey owned and maintained by Clane Community Council. Previously housing the sewage works for the town, the area has been planted with native trees and is now home to a surprisingly rich array of plants and animals.

The Nature Park occupies a small triangle of land adjacent to Alexandra Bridge. It was bought for a nominal sum from Kildare County Council in the late 1990’s and the demolition and clearance of the derelict town sewage works was completed with the financial support of what is now Clane Project Centre. In the mid 2000’s  it was decided to plant native Irish trees to create a natural habitat in the area. Later, improved access was provided by the addition of bridges and pathways, courtesy of local developer John O’Connell, connecting the Nature Park to the Liffey Walk of the Alexandra developments and enhancing the amenity value of the whole area. 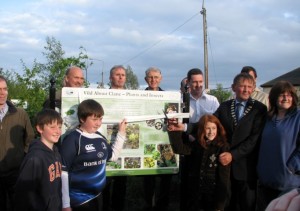 Clane Community Council and Clane Tidy Towns planted the park with native woodland species, which on a recent inspection by national experts were confirmed to be thriving. Surveys of the wildlife were performed and the results used to derive two dedicated ‘Wild About Clane’ information panels that introduce the flora and fauna of the site. Poster versions of these signs are now availalbe.

The park is being carefully maintained by Clane Tidy Towns. Invasive species are being removed, without the use of chemicals, and the habitat is being enhanced with nest boxes and bat boxes installed. Adjacent to the river, this part of Clane is particularly good for bats – at least four species have been observed in this area. 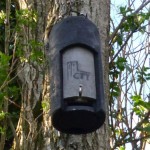 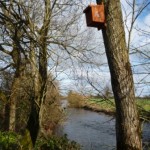 The park is accessible from both the Sallins Road at Alexandra Bridge and the Clane Liffey Walk via wheelchair accessible bridges. The park also provides convenient access to the River Liffey for kayakers and anglers.

We hope you enjoy this wilderness…Wild About Clane.